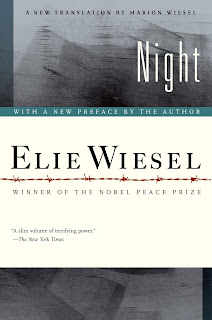 Thanks for checking in for our November book club pick!
This month we're reading and discussing Night by Elie Wiesel. 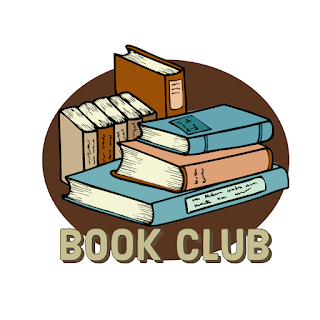 The meeting will be on Thursday, November 17th at 5pm, virtually and at BCPL. This will be our last discussion for the 2022 year.
About the book -
Night is a 1960 memoir by Elie Wiesel based on his Holocaust experiences with his father in the Nazi German concentration camps at Auschwitz and Buchenwald in 1944–1945, toward the end of the Second World War in Europe. In just over 100 pages of sparse and fragmented narrative, Wiesel writes about the death of God and his own increasing disgust with humanity, reflected in the inversion of the parent–child relationship as his father deteriorates to a helpless state and Wiesel becomes his resentful, teenage caregiver. "If only I could get rid of this dead weight ... Immediately I felt ashamed of myself, ashamed forever." In Night everything is inverted, every value destroyed. "Here there are no fathers, no brothers, no friends", a kapo tells him. "Everyone lives and dies for himself alone."
Translated into 30 languages, the book ranks as one of the bedrocks of Holocaust literature. It remains unclear how much of Night is memoir. Wiesel called it his deposition, but scholars have had difficulty approaching it as an unvarnished account. The literary critic Ruth Franklin writes that the pruning of the text from Yiddish to French transformed an angry historical account into a work of art. 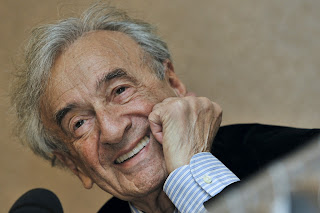 About the author -
Wiesel was 16 when Buchenwald was liberated by the United States Army in April 1945, too late for his father, who died after a beating while Wiesel lay silently on the bunk above for fear of being beaten too. He moved to Paris after the war and in 1954 completed an 862-page manuscript in Yiddish about his experiences, published in Argentina as the 245-page Un di velt hot geshvign ("And the World Remained Silent"). The novelist François Mauriac helped him find a French publisher. Les Éditions de Minuit published 178 pages as La Nuit in 1958, and in 1960 Hill & Wang in New York published a 116-page translation as Night.
He was a professor of the humanities at Boston University, which created the Elie Wiesel Center for Jewish Studies in his honor. He was involved with Jewish causes and human rights causes and helped establish the United States Holocaust Memorial Museum in Washington, D. C. In his political activities, he also campaigned for victims of oppression in places like South Africa, Nicaragua, Kosovo, and Sudan. Wiesel was awarded the Nobel Peace Prize in 1986. The Norwegian Nobel Committee called him a "messenger to mankind", stating that through his struggle to come to terms with "his own personal experience of total humiliation and of the utter contempt for humanity shown in Hitler's death camps", as well as his "practical work in the cause of peace", Wiesel delivered a message "of peace, atonement, and human dignity" to humanity.
Interested in the story? Check out the ebook copy we have on WV Reads!
https://wvreads.overdrive.com/media/729732
Do you love this book? Are you intrigued by the book club pick? Let us know! We love to hear from our readers in the comments or on any of our social media pages.
Images and info are courtesy of WV Reads, Wikipedia, and Google.

Posted by Natalie Staff at 4:00 AM